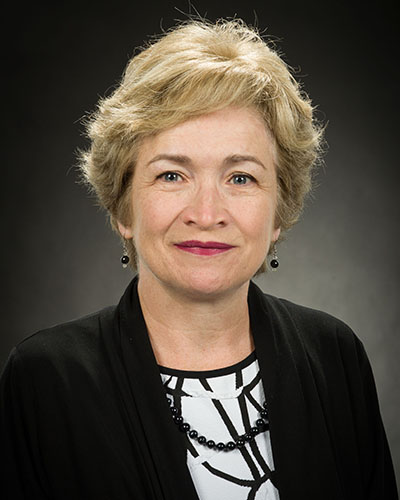 A prominent family physician in Newfoundland, Dr Pauline Duke is recognized for her patient-centred care, work with local refugees, and commitment to teaching new generations of family doctors.

After receiving her medical degree from Memorial University of Newfoundland (MUN) in 1979, Dr Duke began her practice in Botwood, a rural community in Newfoundland. She received Certification in Family Medicine from the College of Family Physicians of Canada in 1989 and Fellowship in the College in 2004. Since 1989, she has been practising family medicine at the Family Practice Unit, Health Sciences Centre, in St. John’s. Dr Duke’s comprehensive clinical practice includes house calls, home palliative care, geriatrics, prenatal care, and women’s health. She also serves as a professor of family medicine at MUN.

Dr Duke provides comprehensive medical care to local refugees in the Refugee Health Clinic offered through the Family Practice Unit. Since 2005, Dr Duke has been a faculty advisor of the MUN Med Gateway Project—an initiative in which medical students provide medical histories and physical exam screening for new refugees. She has served on the national steering committee for Canadian Doctors for Refugee Care from 2012 to 2016.

Dr Duke has been recognized for her work with several awards and she has served on a variety of committees. She also has numerous publications in the areas of medical education, violence against women and children, sexual assault, refugee health, women’s health, and HPV and cervical cancer screening.