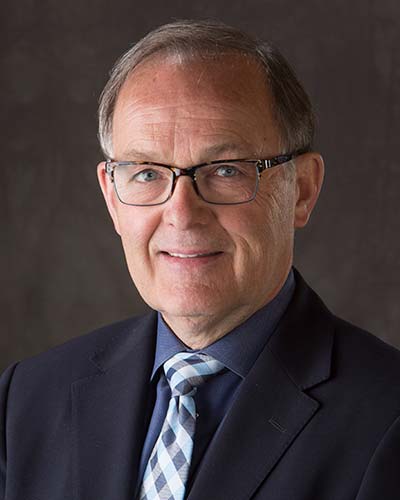 Dr. Kevin Coates has worked as a full-scope family physician at the multidisciplinary St. Boniface Clinic in Winnipeg, Manitoba, since 1982; he has held the roles of President and Managing Partner since 1995 and has been a preceptor for physician assistants since 2013. He holds the distinction of being one of the first fee-for-service physicians with Manitoba Health to work with physician assistants, which has been overwhelmingly successful in enhancing patient care.

Since 1982 Dr. Coates has been active in geriatric rehabilitation medicine at St. Boniface General Hospital, where he was the attending physician for 10 in-patients in a 40-bed geriatric ward from 2010 to 2017. Since 2017 he has been the attending physician in the geriatric rehabilitation ward at Victoria General Hospital. He is also the attending physician for 38 patient-residents at Actionmarguerite, a long-term care institution, which includes sharing with psychiatry the care of 10 patients who exhibit the behavioural and psychological effects of dementia. He maintains a personal commitment to providing patient-centred care and an interest in and dedication to care of the elderly; in his busy office practice he cares for nearly 2,500 rostered patients, of whom 25 per cent are older than 70.

Continuously delivering compassionate and competent care requires physicians with the ability to manage and embrace challenges, according to Dr. Coates. He feels family doctors must develop and maintain partnerships with other care providers to be effective and efficient. Thirty-seven years into his career, he still finds family medicine a rewarding profession and a true privilege.