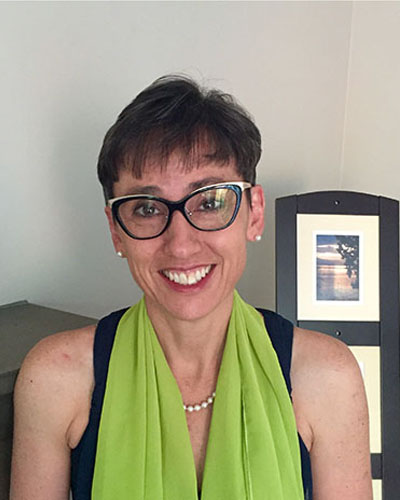 Admired by her colleagues and patients for her compassion and dedication, Dr Antoinette Le Roux is recognized for her outstanding commitment to her patients.

Dr Le Roux began practising comprehensive family medicine in South Africa after graduating from the University of Pretoria in 1989. She and her family immigrated to Canada in 2001 and she received Certification in Family Medicine from the College of Family Physicians of Canada in 2008.

Dr Le Roux practised full-service family medicine in Regina until July of this year, when she retired after 26 years of service. Since 2014, Dr Le Roux has worked part-time as Medical Director of the Co-operators Life Insurance Company. Since retiring from her practice, she is now working full-time in insurance medicine.

Known for her kind nature, Dr Le Roux is an active member of her community, and she devotes time to supporting an Eritrean family whom she helped immigrate to Canada and continues to support through fundraising efforts.

Dr Le Roux supports medical education through her role as a clinical associate professor at the University of Saskatchewan (U of S) and works as part of a multi-disciplinary team for the Workers’ Compensation Board and Saskatchewan Government Insurance. She has served as an assessor with the Saskatchewan International Physician Practice Assessment program and an evaluator for the Practice Enhancement Program in Saskatchewan.