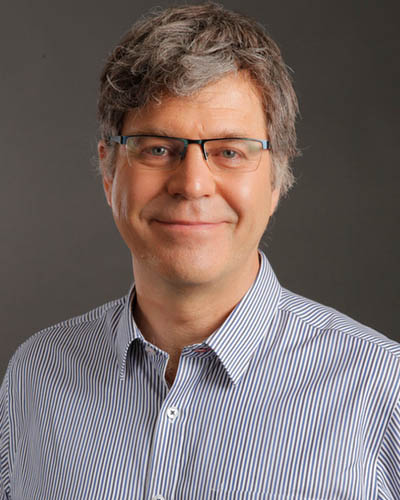 Dr. Pierre Pluye is a full professor in the Department of Family Medicine at McGill University, and an Associate member of the College of Family Physicians of Canada (CFPC), the School of Information Studies, and the Centre for Clinical Epidemiology and Community Studies (SMBD Jewish General Hospital). He is a Senior Research Fellow of the Fonds de recherche du Québec Santé (FRQS). In 2017, he was elected Fellow of the Canadian Academy of Health Sciences and became a member of the Scientific Committee of the Quebec Institut national d’excellence en santé et services sociaux. From 2012 to 2014, he was a member of the CFPC’s Section of Researchers executive and the Patient Education Committee. Concomitantly, he helped create and develop Réseau-1 Québec (FRQS-funded primary care research network), and the McGill Primary Health Care Research Network, as an executive member and director, respectively. Since 2015, he has led the Method Development component of the Quebec SPOR SUPPORT Unit. Among other cutting-edge, patient-oriented research in primary and integrated care, Dr. Pluye has contributed to recommendations for organizational participatory research, an effective automated text classification method for selecting empirical studies in the literature, and an open source collaborative research trend monitoring system.

Dr. Pluye is a member of the Collège des médecins du Québec (Family Medicine Specialist certificate). He graduated in medicine, and did his residency in general medicine at Paul Sabatier University (Toulouse, France). In the 1990s, he worked as a general practitioner in rural communities in the southwest of France, and in a pediatric setting in the Indian Ocean (Réunion Island). He worked as a program coordinator for the humanitarian organization Doctor of the World, and is a founding member of Doctor of the World Canada, where he sat on the Board from 1997 to 2002. Furthermore, he is a specialist in public health and social medicine. He received Investigator Awards from the Canadian Institutes of Health Research (CIHR) and the FRQS. In 2011 and 2012, he was invited as visiting professor and scholar in the Centre inter-universitaire de recherche sur la science et la technologie (Université du Québec à Montréal), the Faculty of Medicine of Ribeirao Preto (University of Sao Paulo, Brazil), and the Institut universitaire de médecine sociale et préventive (Lausanne University, Switzerland).

Dr. Pluye has expertise in evaluative research, participatory research with health organizations, mixed methods research, and information studies. His studies are funded by the CIHR, and professional and philanthropic organizations. They focus on assessing the effects associated with the use of health information from the perspective of clinicians, health managers, and the public. He is a founding member of the association Méthodes mixtes francophonie, and his work contributes to the development of mixed methods for primary research and literature reviews. Specifically, this work is instrumental in developing new methods for identifying, appraising, and synthesizing quantitative, qualitative, and mixed methods research included in mixed studies reviews. Since 2006, he has been a pioneer of teaching mixed methods for graduate students in Quebec, and has been invited to teach elsewhere in Canada and internationally.

Dr. Pluye has published 100 peer-reviewed papers, three books, 46 conference proceedings, and 17 book chapters. He has given 51 invited presentations outside of McGill, and 252 presentations in national and international conferences. He co-invented and validated two unique methods (15 copyrights and reports of invention): the Information Assessment Method (IAM) and the Mixed Methods Appraisal Tool (MMAT). The IAM unpacks how health information can be valuable. For example, the IAM has been used by more than 15,000 pharmacists and physicians, and more than 7,000 parents and caregivers of young children across different programs. The MMAT facilitates the critical appraisal of qualitative, quantitative, and mixed methods studies included in systematic mixed studies reviews. The MMAT checklist and user manual are available in a public wiki that has been visited more than 27,000 times over the last four years. Last but not least, with best-selling author Julie Barlow, Dr. Pluye and Dr. Roland Grad recently co-authored Look it up! What patients, doctors, nurses, and pharmacists need to know about the Internet and primary health care (2017, McGill-Queen’s University Press).

This award has been designed to honour a family medicine researcher who has been a pivotal force in the definition, development, and dissemination of concepts central to the discipline of family medicine.