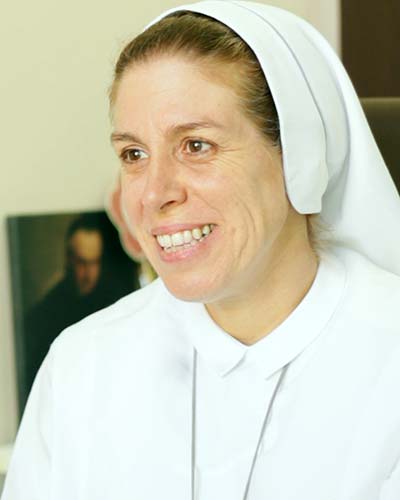 A native of Montreal and a McGill University Medical School graduate, Sister Monique Bourget is a member of the religious order of the Sisters of Saint Marcelina. She completed two years of religious studies in Milan, returning to Montreal in 1992 to complete a two-year family medicine residency at St. Mary’s Hospital. In 1994, at the request of her order, she emigrated to São Paulo, Brazil, where she has completed a specialization in administration, a masters in epidemiology, and is currently working toward a PhD in public health.

When Sister Monique arrived in Brazil she found a densely populated country with no functional primary care model. Since then, her work has had an extraordinary impact on the health of millions of people in eastern São Paulo. The Santa Marcelina Hospital, which she helped open in 1998, has grown under her leadership to become a tertiary care hospital serving two million people, with practices in obstetrics, internal medicine, surgery, orthopedics, pediatrics, and psychiatry. Her deep commitment to continuous improvement and service to her community led her to establish the hospital’s first medical school, which opened in 2012 and had its first graduating class in 2018.

Sister Monique finds it incredibly satisfying to now coordinate large teams of professionals with various specialties, especially when she reflects on the lack of family medicine opportunities that were available when she first arrived in Brazil. Now, her specialist colleagues look to family physicians to establish care protocols and follow-ups with patients. Head of the Bourget Foundation, which provides medical aid for missions in both Africa and Brazil, she is passionate about teaching and training the next generation of family medicine specialists.