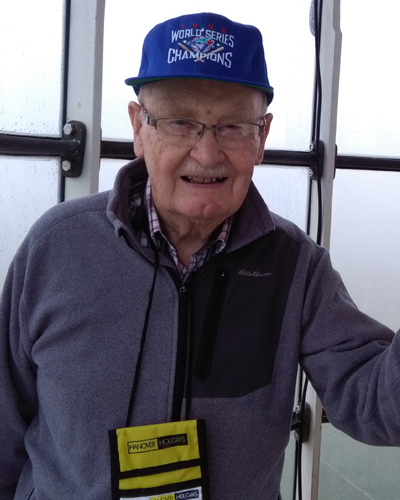 When Dr. Reg L. Perkin was 13 he developed an acute illness with a high fever. His family doctor placed him on bed rest, ordered tests, and made a house call every day for a week until he spontaneously recovered. The memory of his physician at his bedside daily, working to help him get back on his feet, is what pushed Dr. Perkin to pursue family medicine. He established a family medicine practice in Mississauga, Ontario, in 1956; it grew to become Dixie Road Medical Associates, now a group practice of nine family physicians. He was head of the Family Practice Unit at Toronto Western Hospital from 1966 to 1971, head of the Department of Family Practice at Mississauga Hospital from 1967 to 1975, the first chairman of the Department of Family and Community Medicine at the University of Toronto from 1969 to 1970, and U of T’s family practice residency program director from 1970 to 1983.

In 1985 Dr. Perkin left active clinical practice to become Executive Director of the CFPC. Under his leadership the Section of Researchers and the Research and Education Foundation (now the Foundation for Advancing Family Medicine) were founded. The Reg L. Perkin Family Physician of the Year Awards are named after him and awarded annually to 10 outstanding family physicians, one from each province. Dr. Perkin retired in 1996 but continued in his role as Vice-President of the Americas Region of the World Organization of Family Doctors (WONCA) from 1995 to 2001.

In retirement Dr. Perkin keeps busy with philanthropy. He was awarded a 60-year service award from the Government of Ontario for his volunteer work with Applewood United Church in Mississauga, and he recently participated in bringing three Syrian refugee families to Canada.