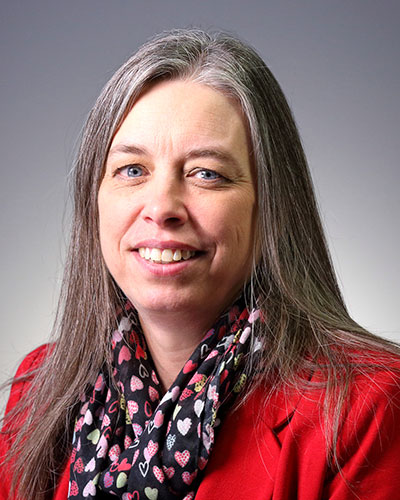 Dr. Janice Fitzgerald is proud to have been born in Trinity, Bonavista Bay. She says it’s “famous for being the Trinity in Newfoundland that isn’t famous!”

Growing up, Dr. Fitzgerald had always wanted to study medicine. Initially she wanted to pursue community medicine and enjoyed the prospect of getting to know her patients. However, working in family medicine allowed her to see her patients more regularly, and she loves being able to know and care for a family as a whole.

Dr. Fitzgerald obtained her bachelor’s degree in biology and her medical degree from Memorial University of Newfoundland (MUN) in 1990 and 1994, respectively, before completing her family physician residency through Dalhousie University.

After residency she brought her skills as a family physician back to Newfoundland and Labrador, where she worked in Springdale, Grand Falls-Windsor, and the St. John’s metropolitan area. She spent 20 years practising family medicine and working in long-term care facilities in the province’s capital. While she truly enjoyed these roles, Dr. Fitzgerald wanted the opportunity to work at a broader level to effect change more widely.

She completed a master of public health at MUN, after which she accepted a position as Clinical Chief, Long Term Care, at Eastern Regional Health Authority. She began working in public health policy development at the province’s Department of Health and Community Services in 2017.

Dr. Fitzgerald’s passion for family medicine is closely tied to her interest in public health. She has observed that much of a person’s health is affected by more than a one-time injury or illness, and she wanted to be able to influence these factors positively at the population level.

In September 2019 Dr. Fitzgerald was appointed acting Chief Medical Officer of Health for the province, a role that she finds challenging, fulfilling, and rewarding, especially given the turbulent conditions of the health care sphere at this time.

She lives in Mount Pearl with her husband, their three children who are pursuing studies at the postsecondary level, and their two puppies. The family loves spending weekends at their cabin, set among Newfoundland’s gorgeous natural environment, where they enjoy hiking, watching movies, and reading to unwind from their busy daily lives.