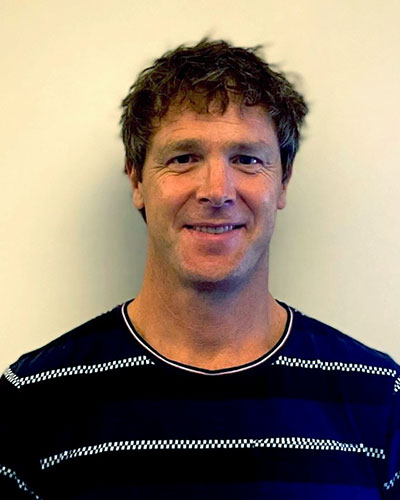 Dr. Andrew Wohlgemut was born and raised in Ontario. He obtained his medical degree from Western University and completed his residency at Queen’s University. Today he is based on Prince Edward Island with his wife, Dr. Adriana Veer, and their twin boys. He and Dr. Veer both practise family medicine.

In the first two years of his medical career, Dr. Wohlgemut completed various locums around Canada in emergency and family medicine before taking on a family practice and a teaching role in Charlottetown, Prince Edward Island. He says working as a doctor on Prince Edward Island is fascinating. The area is unique in Canada because he sees ailments that are particular to Island life and that he likely would not have addressed otherwise in his career. However, he says that until recently his work there could have been described as relatively uniform; the population is starting to see a rise in immigration, which brings welcome diversity to both the patient population he treats and to life on the Island. A first-generation Canadian himself—his father emigrated from Germany—he is proud to be able to address the health care needs of new arrivals to Canada, and especially to the Island.

Dr. Wohlgemut has held several roles in the Prince Edward Island College of Family Physicians, from secretary to president. A strong supporter of family medicine on Prince Edward Island, Dr. Wohlgemut led a grassroots initiative to help local family physicians shape the future of their profession and protest primary care reforms being implemented by the government.

A lifelong-learning advocate, Dr. Wohlgemut completed the Physician Leadership Development Program at the Schulich Executive Education Centre at York University. He has been the head of the Family Medicine Department at Queen Elizabeth Hospital in Charlottetown since 2013.

With his parents having been educators, Dr. Wohlgemut finds teaching comes naturally to him and is something he enjoys. He teaches both residents and medical students as a faculty member of Dalhousie University’s family medicine satellite program in Charlottetown, for which he was the curriculum co-ordinator for a number of years.

Teaching and coaching are also important parts of Dr. Wohlgemut’s personal life. He coaches his sons’ hockey, football, and soccer teams and believes sports are important not only for athletics but also for the lessons they teach in personal development, such as being a good role model.