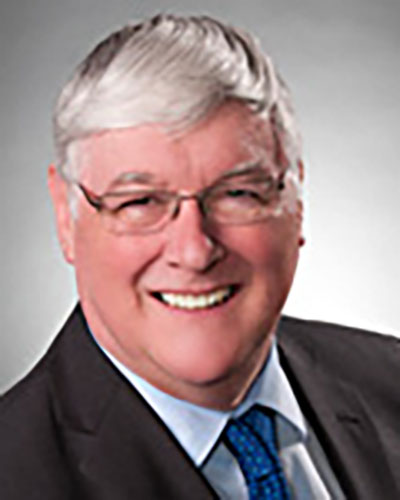 For Dr. Andrew Cave, the anticipation of every new day in the clinic is energizing. He says the best part of family medicine is the long-standing relationships he establishes with his patients, which he values just as much as those with his clinic partners, colleagues from other disciplines, and other team members.

Born in England, Dr. Cave obtained his medical degree from the University of Manchester in 1971 and began his career in health care as a surgical trainee. While doing general practice locums, he decided to leave surgery to complete training in family medicine on an island in western Scotland, where he says he learned what continuity and comprehensive care really meant. He went on to work in a semi-rural practice in southwest England, which taught him how to truly be part of a community and a resource for it. From running the cottage hospital to making house calls, providing treatment in nursing homes, attending roadside accidents, and delivering babies, family doctors did it all.

Dr. Cave came to Canada in 1987 to complete a Master of Clinical Science in advanced health care practice before earning his Certification in the College of Family Physicians of Canada (CCFP) and settling in Edmonton in 1989. He is a professor of family medicine at the University of Alberta, where he teaches small groups of medical students and supervises family medicine residents in the clinic.

A leader in family medicine research in asthma, chronic obstructive pulmonary disease (COPD), primary care teamwork, and clinical pharmacy at regional, national, and international levels, Dr. Cave aims to teach awareness of rare diseases in primary care such as alpha-1 antitrypsin deficiency, Fabry disease, and Pompe disease. He has a particular interest in respiratory research and education, and he holds a weekly asthma and COPD primary care clinic with a respiratory therapist who performs spirometry and provides patient education. Today, he is particularly dedicated to research related to COVID-19.

As a board member of the MSI Foundation, an Alberta-based organization that supports research on the delivery of health care services in the province, Dr. Cave reviews grant applications for early-career researchers. He is also a member of Alberta Health Services’ Respiratory Health Strategic Clinical Network, whose goal is to improve care in this domain in Alberta.

Dr. Cave and his wife have three grown children, of whom two live in Canada and one lives in Europe.