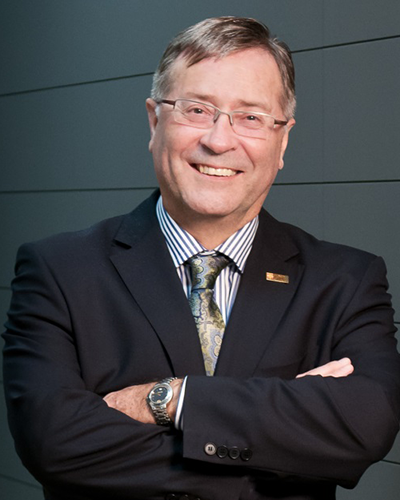 Dr Rénald Bergeron is honoured for his significant contributions to primary and palliative care and teaching in family medicine, as well as his passion for lifelong learning.

A graduate of Laval University, Dr Bergeron received Certification in Family Medicine from the College of Family Physicians of Canada in 1980 and became a Fellow in 1995.

Since 1980, Dr Bergeron has practised family medicine and has engaged in numerous leadership roles at Laval University. Currently, he is a professor for the Family Medicine and Emergency Medicine Department, where he served as Director from 1999 to 2007. Since 2010, Dr Bergeron has served as Dean of the Faculty of Medicine, where he held the position of Vice-Dean for the previous two years.

Dr Bergeron has also supported the development of networks for collaborative, professional practices that are focused on the patient. As dean, he helped develop teaching and research networks with the Alliance santé Québec.

As a vocal proponent of social accountability, Dr Bergeron has been actively involved with the United Way since 2014, and he participates on the Board of Directors for the Foundation of Laval University. Dr Bergeron has been involved in primary and palliative care research. He is also renowned for his numerous publications including peer-reviewed articles and research reports.

In 2011, Dr Bergeron was granted an Award of Excellence from the Québec College of Family Physicians, and in 2008, he received Laval University’s Faculty of Medicine Polaris Award.