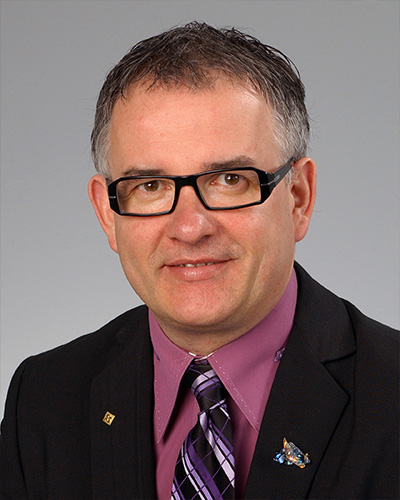 Dr. Hébert has been a professor in the Department of Family Medicine at Sherbrooke since 1984, and from September 2012 to April 2014 he served as Minister of Health and Social Services in Quebec. Dr. Hébert’s interests include the integration of services for the elderly and people with disabilities, primary care access, and patient partner programs. He founded the Research Centre on Aging (1988) and the Institute of Aging within the Canadian Institutes of Health Research (2000). He also developed and validated the Functional Autonomy Measurement System (SMAF) for assessing the needs of frail older people.

Dr. Hébert has practised family medicine at the Centre hospitalier universitaire de Sherbrooke and Hôtel-Dieu de Lévis, and practised geriatrics at Youville Hospital in Sherbrooke. He also served as a national researcher for the Fonds de recherche du Québec – Santé, during which time he founded the Quebec Network for Research on Aging. Dr. Hébert also received the Prix Imelda-Lefebvre for community engagement, and has been published in numerous books and international journals.