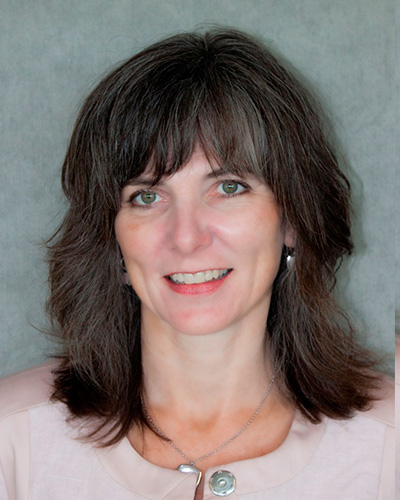 Known for her many contributions to palliative care in Saskatoon, Dr Nora McKee’s passion for family medicine has made a lasting impact on the lives of her students and patients.

After earning a Doctor of Medicine with Distinction degree at the University of Saskatchewan, Dr McKee received her certification in family medicine from the College of Family Physicians of Canada in 1995. She became a Fellow of the College in 2007.
In 1995, Dr McKee joined the Saskatoon Health Region’s (SHR’s) West Winds Primary Health Centre, long considered a leader in interdisciplinary primary health care.

Through involvement with many committees such as the Saskatchewan Health Provincial EMR Working Group and the SHR Maternal Leadership Committee, Dr McKee has advocated for positive change in the discipline of family medicine.

Currently, Dr McKee is Associate Professor in the Department of Academic Family Medicine at the University of Saskatchewan. She also serves as a Preceptor in the Family Medicine Pre-clerkship Longitudinal Clinical Experience. As the College’s representative for undergraduate learning, Dr McKee is responsible for coordinating inter-professional problem-based learning modules focused on palliative care, Indigenous health, and HIV/AIDS.

In 2011, Dr McKee’s teaching team received the prestigious Alan Blizzard Collaborative Projects Award. The award is presented on behalf of the Society for Teaching and Learning in Higher Education to recognize exemplary collaboration in university teaching.

Dr McKee spends most of her spare time with her husband Peter, son Regan, and daughter Rachel. The family enjoys an all-season cabin in northern Saskatchewan, where they go boating and snowmobiling.