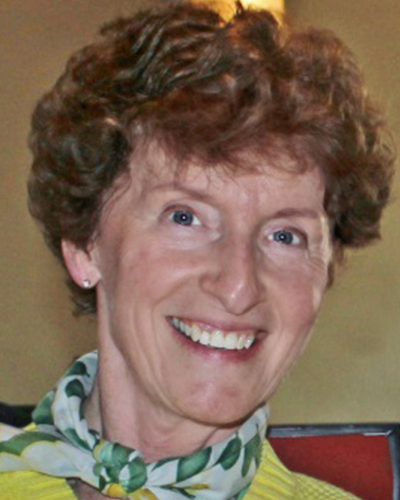 A prominent family physician, Dr Margaret Churcher is recognized for her unwavering commitment to patient-centred care, as well as for her special interest in asthma, pulmonary care, cancer, and mental health management.

After receiving her medical degree from Queen’s University in 1979, Dr Churcher traveled to Dunedin, New Zealand, and worked as a first-year house surgeon. She subsequently returned to Alberta and completed a one-year internal medicine residency with the University of Alberta followed by an anesthesia residency with the University of Calgary (U of C). In 1995, she received Certification in Family Medicine from the College of Family Physicians of Canada and became a Fellow in 2006.

In 1993, Dr Churcher established a comprehensive family medicine clinic in Calgary. She also consults on referrals for asthmatics and pulmonary disease.

Dr Churcher has held many leadership roles with U of C’s Faculty of Medicine. Since 2011, she has served as Clinical Lecturer and was instrumental in the development and teaching of the Asthma for Family Physicians program.

Currently, Dr Churcher serves as a board member and director with Mosaic Primary Care Network and as vice-chair of the Provincial Advisory Council for Cancer with the Alberta Ministry of Health. For 10 years, she served as chair of the Planning Committee for the Annual Scientific Assembly of the Alberta College of Family Physicians, and she has participated on the Alberta Cervical Cancer Screening Advisory Committee since 2001.

Dr Churcher maintains a monthly blog alongside her daughter, Rachel, who holds a degree in kinesiology. The blog features topics for patients including disease prevention, diet, exercise, and a variety of other health care articles and information.

A true foodie and an aspiring sommelier, Dr Churcher enjoys traveling, gardening, yoga, and spending time with her husband, Nelson, and daughter, Rachel.