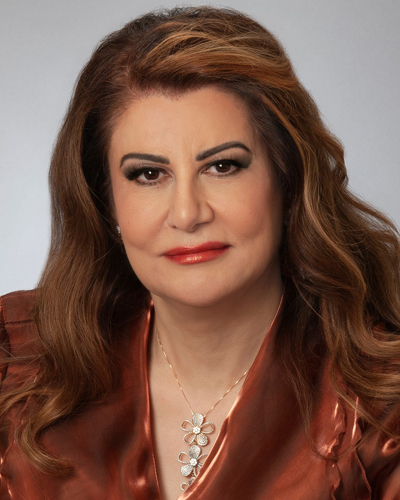 As a single parent adapting to a new culture and lifestyle, life was initially difficult for Dr. Maroof. But in time, she was able to build a group of friends and colleagues and started her practice at the Regina Community Clinic. She currently works at the same clinic alongside a team of talented and kind-hearted physicians, staff, and nurses.

Starting in 2019 Dr. Maroof began also practising at the Chronic Pain Clinic, treating patients who deal with chronic pain and opioid use disorder. During this time she acquired training and certification to use neuromodulators. This allows her to treat migraine headaches and temporomandibular joint (TMJ) dysfunction. Given her triumphs and experiences a considerable number of Dr. Maroof’s patients consist of immigrants, women, and refugees.

At the Regina Community Clinic Dr. Maroof is the physician lead for the Refugee Health Committee. She frequently gives refugee health lectures to family medicine and psychiatry residents. As a volunteer mentor, she participated every Saturday between 2010 and 2013 in the SEARCH program for medical, pharmacy, and social work students to help better the lives of the people in her community.

Dr. Maroof was the clinical assistant professor at the University of Saskatchewan, between 2006 and 2013, and was appointed associate professor in 2015. She  primarily teaches clinical skills, advanced communication skills, and general medicine.

Kindness, professionalism, mentorship, and family are the cornerstones that make up Dr. Razawa Maroof—her dedication to these four ideals is what drives her.