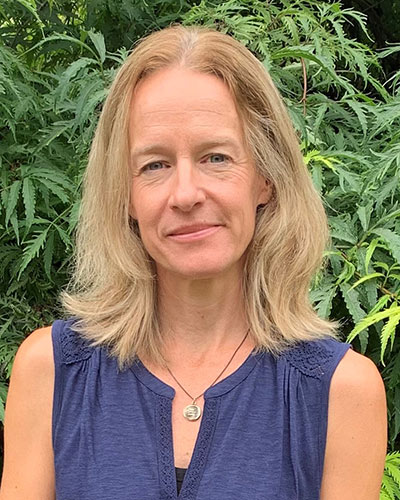 “Family medicine has allowed me to learn from individuals and communities who experience systemic barriers within the health care system. This has afforded me the opportunity to support my patients in real and meaningful ways.”

What Dr. Christine Buchel values most as a family physician is the opportunity to build relationships with her patients and the community.

For the past decade Dr. Buchel has provided primary care to Indigenous people living in urban Winnipeg. As a family physician with the Aboriginal Health and Wellness Centre, she is able to work alongside Indigenous Elders and Knowledge Keepers to provide holistic care for her patients.

Dr. Buchel’s interest in Indigenous health started early in her career. During her first two years of practice she worked as a locum physician in rural and northern communities in British Columbia, Manitoba, and Nunavut.

Since 2015 Dr. Buchel has also been part of a multidisciplinary team at the Trans Health Klinic, where she provides gender-affirming health care to transgender and gender-diverse individuals in Manitoba. In this role she works with family medicine residents and other family physicians to increase the province’s capacity to deliver gender-affirming care in the primary care setting.

Dr. Buchel received her medical degree from the University of Manitoba in 1997 and
completed her residency training in family medicine at the University of British Columbia in 1999. In her personal time Dr. Buchel loves being with her family and spending time outdoors. She especially enjoys running on the beautiful river trails in Winnipeg.