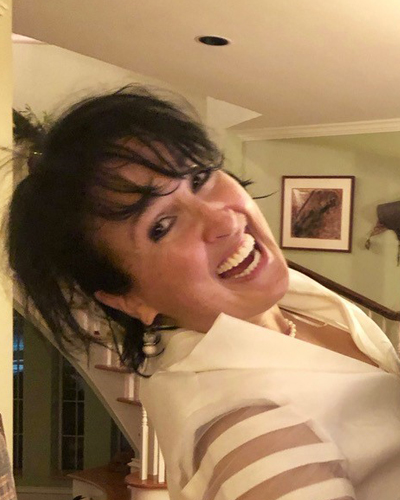 Originally from Dieppe, Dr. Chantal Arseneault completed her family medicine residency at Laval University in 1990. Through the years, she has been in private practice and has also practised in the emergency department and as a hospitalist at the Dr. Georges-L.-Dumont University Hospital Centre (DGLDUHC).

She was a clinical professor of psychiatry at the University of Sherbrooke’s Centre de formation médicale du Nouveau-Brunswick (New Brunswick Centre for Medical Education) and even acted in an educational film depicting personality disorders. In addition, she lectured on osteoporosis and mental health, was a health commentator for “Les Éclaireurs” on CBC/Radio-Canada, hosted meetings with authors at Moncton’s Frye Festival (the largest literary event in Atlantic Canada), and chaired the DGLDUHC physicians’ Public Relations Committee. She also founded and directed the DGLDUHC physicians’ choir.

Dr. Arseneault is passionate about music and was the singer-songwriter of the art-jazz-pop album “Une virgule,” which she recorded in 2014. Now at the beginning of her last years in private practice, having gone through the digitization of the medical records of her 2,000 patients when she was 55, Dr. Arsenault continues to cultivate a passion for the therapeutic relationship with her patients. In addition, she avoids drowning in the bureaucracy that was made all the more apparent by the pandemic by “choosing wisely” to practise resilience, creativity, and gratitude.