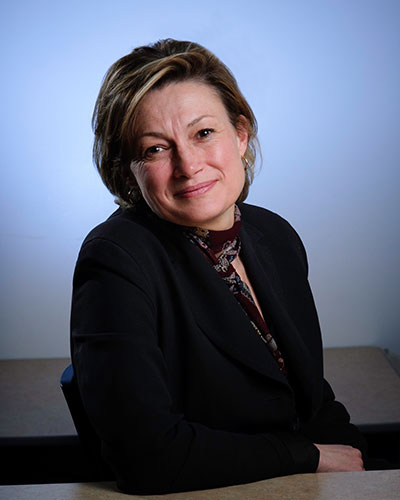 Dr Colleen Flood is the 2013 recipient of the Honorary Membership Award. This award recognizes individuals who are not family physicians in Canada, but who have made outstanding contributions to the CFPC, the discipline of family medicine, the health system, or the health and well-being of the population in Canada or abroad.

Dr Flood completed her Masters of Law in 1994 and her Doctor of Juridical Science in 1998 at the University of Toronto in Ontario. She was the 1999 Labelle Lecturer in Health Services Research. Dr Flood was appointed a Senior Fellow of Massey College in 2004, and was elected to the Corporation of Massey College in 2006. In 2007 she was the first woman and Canadian to be awarded the prestigious Jerry Lee Lectureship in London, England, as part of the 7th Annual International Campbell Collaboration Colloquium.

Currently, Dr Flood is a Canada Research Chair in Health Law and Policy and a professor in the Faculty of Law and the School of Public Policy at the University of Toronto. She serves on the Board of the Institute for Clinical Evaluative Sciences (ICES) and is Chair of ICES’s Scientific Advisory Committee.