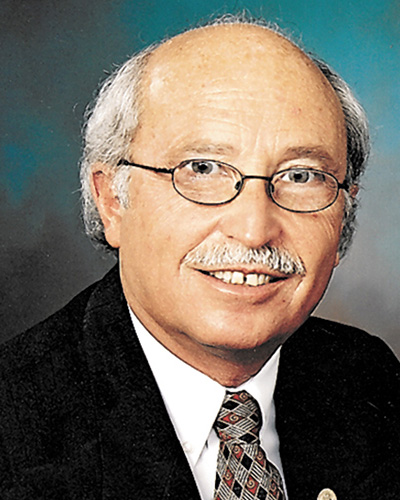 The W. Victor Johnston Award recognizes a renowned Canadian or international family medicine leader for continuous and enduring contributions to the specialty of family medicine in Canada or abroad.

Dr. Cal Gutkin received his MD at the University of Manitoba. He earned Certification in Family Medicine (CCFP) in 1974 and his Certificate of Special Competence in Emergency Medicine in 1982. In 1984 he was awarded Fellowship in the College of Family Physicians of Canada.

From 1973 to 1985 Dr. Gutkin both worked and taught at Toronto Western Hospital. He was an assistant professor in the University of Toronto Department of Family and Community Medicine, and appointed Director of the Emergency Medicine Residency Program. From 1985 to 1995 he practised at Credit Valley Hospital, serving as Chief of the Emergency Department, Deputy Chief of Family Medicine, Occupational Health Physician, and, from 1991 to 1995, as Chief of Medical Staff and Chair of the Medical Advisory Committee.

From 1996 to 2012 Dr. Gutkin was Executive Director and CEO of the CFPC and its Research and Education Foundation (now the Foundation for Advancing Family Medicine). His leadership contributed to many landmark achievements, including the evolution of the annual scientific assembly into Family Medicine Forum, the establishment of the National Physician Survey, the launch of the Triple C Competency-based Curriculum, and the development of the Patient’s Medical Home model.

Dr. Gutkin received the Queen Elizabeth II Diamond Jubilee Medal in 2012 for his outstanding contributions to family medicine in Canada. Currently, he serves on the boards of the Michaëlle Jean Foundation and the Toronto Writers Collective.