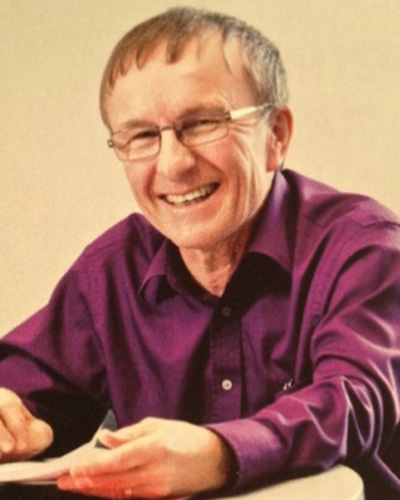 Dr. Paul Humphries is the 2013 recipient of the Jean-Pierre Despins Award. This award recognizes a CFPC family physician member who is an outstanding advocate and public spokesperson for family medicine, family physicians, and patients.

Dr. Paul Humphries received his medical degree in 1977 from McMaster University in Hamilton. In 1979 he received Certification in Family Medicine from the CFPC, and in 1995 he became a Fellow of the College. Dr. Humphries spent the first 20 years of his career practising and teaching family medicine in Thunder Bay, Ontario. He joined the Department of Family Medicine at the University of Alberta in Edmonton in 1998, where he is Director of Postgraduate Medical Education and Co-Director of the Education Support Program.

While Dr. Humphries’s clinical interests have been comprehensive family medicine, GP anesthesia, obstetrics, and palliative care, his academic and research activity focuses on medical education and the design and administration of training. He was the founding director of the Northwestern Ontario Family Medicine Residency Program, and works on medical committees at all levels. He has served as President of the Alberta College of Family Physicians, Director of the University of Alberta’s Family Medicine Residency and Enhanced Skills programs, Vice Chair of the Canadian Resident Matching Service Board, and as a member of the CFPC Accreditation Committee.

This award is named in memory of the late Dr Jean-Pierre Despins, past CFPC president (1995–1996) and past chair of the Board of the CFPC’s Research and Education Foundation (1999–2000)(now the Foundation for Advancing Family Medicine). The award is presented annually to honour a CFPC family physician member who has been identified as an outstanding advocate and public spokesperson for both family medicine and family physicians and their patients.